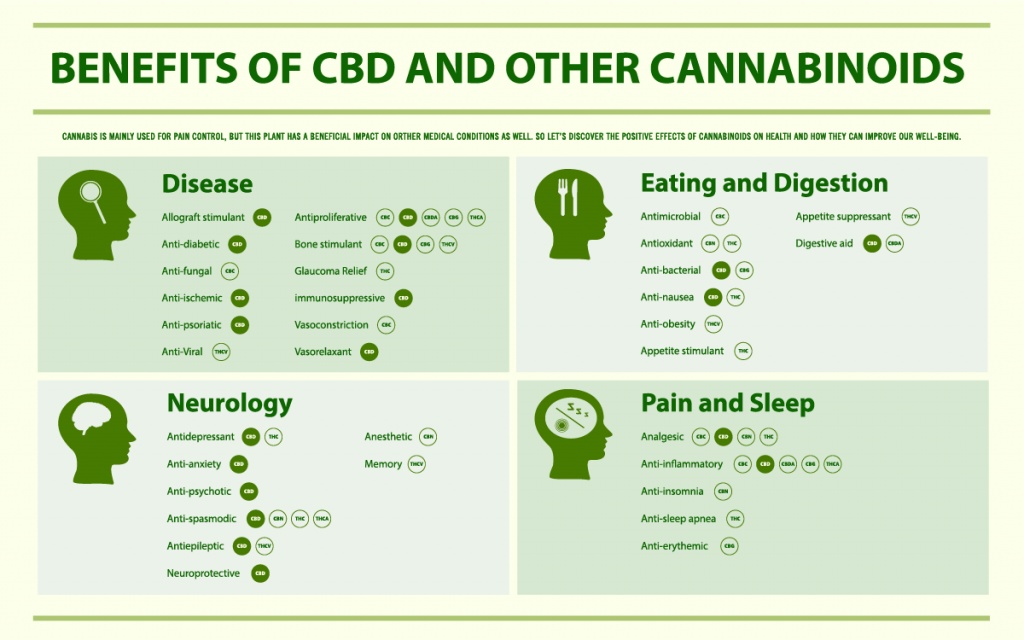 The industry of CBD is continuously growing at an extremely fast pace. However, there is still a large number of questions when it comes to it. One of the most common queries about the compound is,  “what does CBD do to the brain?”.

Technically, CBD does affect your brain but in good ways. Plus, it doesn’t cause any negative or mind-altering states, unlike the compound THC.

Before we answer the question “What does CBD do to the brain?”, let’s determine what CBD is first.

CBD and What It Is

It’s best to know what CBD or cannabidiol is first. This compound is found in the cannabis plant, and it’s the second most bountiful cannabinoid in the plant.

It comes with many known therapeutic benefits, such as anti-inflammatory, anti-anxiety, analgesic, and seizure-suppressing properties.

CBD and Our Brain – How It Works

Now, let’s check out what does CBD do to the brain.

Our ECS or endocannabinoids have numerous endocannabinoids. These are the neurotransmitters that attach to the receptors that are present throughout our central and nervous system.

The ECS aids in managing numerous physiological and cognitive processes in your body. These include pain, memory, appetite, and stress response.

When we speak of the cannabis plant, it has more than 110 cannabinoids binding with ECS receptors. The two primary receptors are CB-2 and CB-1, though scientists believe that there are more receptors present.

The compound THC closely mirrors a naturally-occurring cannabinoid called the anandamide or the “bliss molecule”. It binds to the CB-1 receptors, which are often responsible for a lot of THC’s psychoactive effects.

As the psychoactive cannabinoid links to the anandamide’s CB-1 receptor, it restricts the other neurotransmitters’ release.

This somehow explains the feelings of elation that’s linked with the infamous “high”.

When it comes to CBD, it has a more subtle effect on these receptors. Plus, it only loosely links itself to the CB-1 receptors and results in the restriction of receptors. It also mitigates the psychoactive effects of THC.

How CBD Affects Our Brain

When taking cannabis, its cannabinoids link to the receptors similarly to a puzzle-piece fitting in place. The affected receptors and the parts of your brain that are involved vary from one person to the other.

The effects depend on different factors like your genetic make-up and previous drug use.

With that, let’s look at what does CBD do to the brain.

According to some studies, it was discovered that CBD helps how the brain responds to anxiety. Also, brain scans have shown shifts in blood flow to areas of the brain that’s often linked to anxiety.

Alternatively, it can cause your body to create more natural cannabinoids that link to the CB-2 receptors.

Also, scientists believe that the compound affects the way these receptors respond to pain. It then helps in reducing inflammation and pain.

What does CBD do to the brain, aside from what we’ve already mentioned? It decreases oxidative damage.

The way our body controls oxidative stress plays a vital role in keeping good health. Oxidative stress is a natural process that occurs at a cellular level.

When your cell develops energy, it produces free radicals as waste products. Not only that, but environmental toxins like smog exposure can also produce free radicals.

Here, our body reacts to the production of free radicals. It reacts by utilizing antioxidants to balance waste and ensures that they do not damage your cell’s DNA.

Yet if there are too many free radicals and not enough antioxidants are produced, waste products steal DNA particles. The process can develop into various conditions like atherosclerosis, Parkinson’s, or Alzheimer’s disease.

CBD acts on the CB-2 receptors to lower the levels of oxidative damage. With strong antioxidant capabilities, experts believe that CBD’s neuroprotective antioxidant ability is just like Vitamins E and C.

Excitotoxicity – the damage that occurs when the brain cells turn overactive because of overstimulation. This can result from stroke, traumatic brain injury, and hearing loss.  The central nervous system’s neurodegenerative disease can also cause excitotoxicity, and these include Alzheimer’s disease and multiple sclerosis.

Glutamine-dependent excitotoxicity is present in almost every age-linked brain disorder and neurodegenerative disease. It’s also one of the primary molecular mechanisms seen in epilepsy.

In recent years, there’s been more research done linked to CBD as a treatment for several neurodevelopmental disorders. These include autism spectrum disorder (ASD) and others.

There was a study published in February 2019 in the Neuropsychopharmacology journal. It looked into CBD’s different effects on inhibition and brain excitation systems.

The team who led the study deduced that CBD was able to shift the Glx and GABA+ metabolites’ levels. These are known to contribute to the management and control of excitatory and inhibitory neurotransmissions in typical and autistic brains.

Yet the researchers from the study noted that more studies were required concerning their findings.

CBD is known to offer relief for issues, including arthritis, inflammation, seizures, anxiety, bone disease, and certain kinds of cancer. It can also help with bone growth, as well as proper sleep and rest.

With all of these benefits, it begs to inquire what does CBD do to the brain?

When a substance reaches one’s brain after it goes through the bloodstream, it prompts brain activity. This occurrence happens when it interacts with the neurons and receptors. Once it reacts to receptors like dopamine, it can aid the body to create more cannabinoids.

These will then regulate and control cognition and behavior.

One of the primary reasons why CBD has acquired its popularity is its capability to target serotonin receptors. These specific receptors can aid disorders that relate to depression, pain, nausea, anxiety, schizophrenia, vomiting, and more.

Some professionals claim that the body naturally creates cannabinoids. However, taking CBD can greatly help in the restoration of the brain and body to maintain normalcy.

When CBD reacts with the opioid receptor, it can instantly decrease withdrawal symptoms or drug cravings. This can be an organic way to heal the body instead of prescribing and utilizing opioids.

However, the question that comes is whether or not this method is legal and approved by the FDA. The answer all depends on what form the CBD-based product will be utilized.

One of the numerous ways that CBD can affect the brain is by enhancing one’s mood.

The compound helps relieve stress by bringing about the serotonin receptors in your brain to create additional cortisol. This hormone is responsible for emotions.

Studies demonstrated that CBD could be a great way to treat psychiatric disorders. The compound is both an antidepressant and antipsychotic.

This means that by mood management, it can have an excellent effect on one’s mental health. 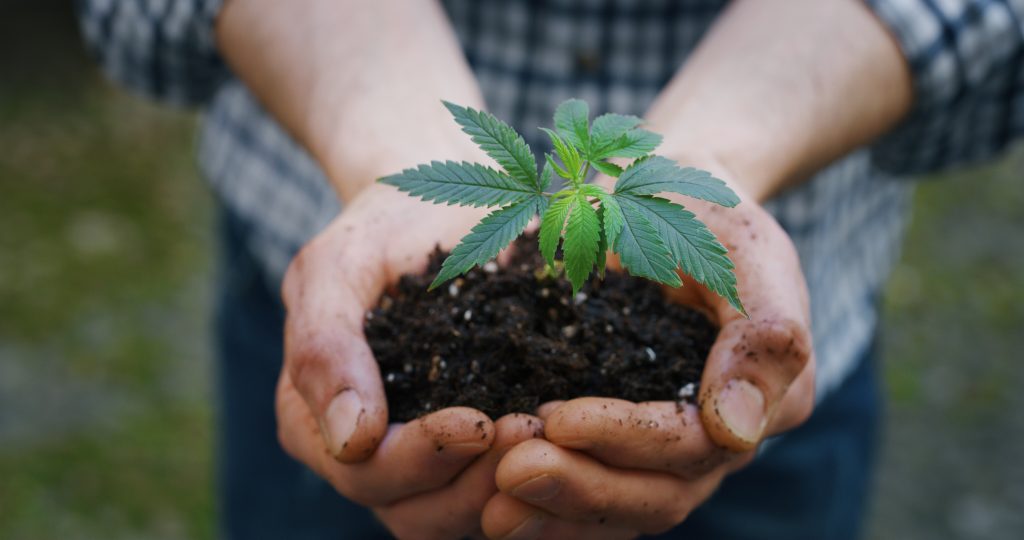 CBD is also claimed to have the capacity to aid various disorders and diseases. Also, it’s said to improve a person’s overall health. The compound’s effects on inflammation have been greatly studied.

Interestingly, CBD appears to have the ability to migrate immune cells that cause inflammation.

When an immune response is triggered, the immune cells round up at a given area to cause inflammation. With its anti-inflammatory effects, the compound can be helpful in different conditions.

Cannabidiol on Stroke and Alzheimer’s Disease

CBD is shown to have effects on various brain diseases. The compound can inhibit the production of amyloid-b and tau, which are the indicators of Alzheimer’s Disease. This function is connected to CBD’s anti-inflammatory features.

Also, most of the brain damage that occurs due to a stroke is caused by inflammation. Using CBD can help solve this issue with its anti-inflammatory properties, leading to better results for stroke victims.

Currently, CBD or cannabidiol is one of the world’s fastest-growing supplements since it’s shown to help manage various conditions. Aside from pain relief, it can help improve one’s mood, mental health, productivity, and more.

With that, a lot of consumers are turning to CBD, and more people are showing interest in this. Since CBD has been legalized on a federal level, CBD-based products continue to be more popular on the market. Along with that, scientists are conducting more studies to discover more of its capabilities. 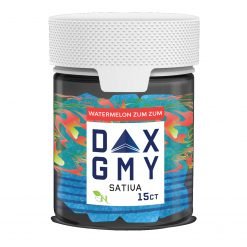 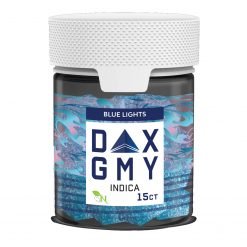 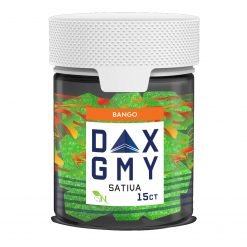 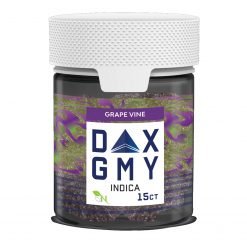 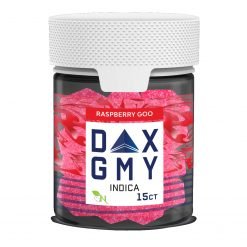 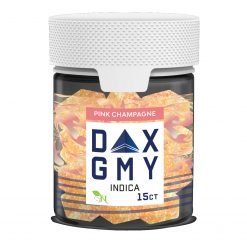 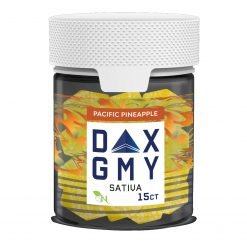 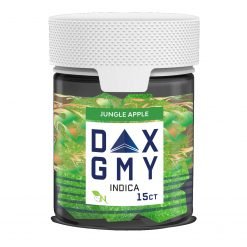 $29.99
We use cookies on our website to give you the most relevant experience by remembering your preferences and repeat visits. By clicking “Accept All”, you consent to the use of ALL the cookies. However, you may visit "Cookie Settings" to provide a controlled consent.
Cookie SettingsAccept All
Manage consent